The S&P500 and many indexes are continuing to rise, some even making all time highs.

While these indexes are clearly way overvalued by any standard, one would normally expect a severe decline and a reversion to more rational levels but this is not occurring. What is going on here?

Perhaps these stock indexes are discounting in advance a significant hyper-inflationary period just ahead, possibly a currency reset or some other kind of mysterious monetary maneuver.

Universal Basic Income may be part of this process to get everyone to "spend" and thereby increase the velocity of money, which precedes any inflationary event.

If one is experiencing hyperinflation....

"Hyperinflation is an economic condition resulting in the increase in prices at an extremely high rate. In a hyperinflation situation, prices can increase as much as 50 percent per month, perhaps even more. This situation is often caused by a near total collapse in a country's economic system, causing its currency to become nearly worthless. It is often caused by excessive deficit spending by a government, which then results in the government printing more money to fund its spending, significantly decreasing the value of that money.

Stock prices will be affected in times of hyperinflation, driven by the overall increase in prices of all other goods and services." 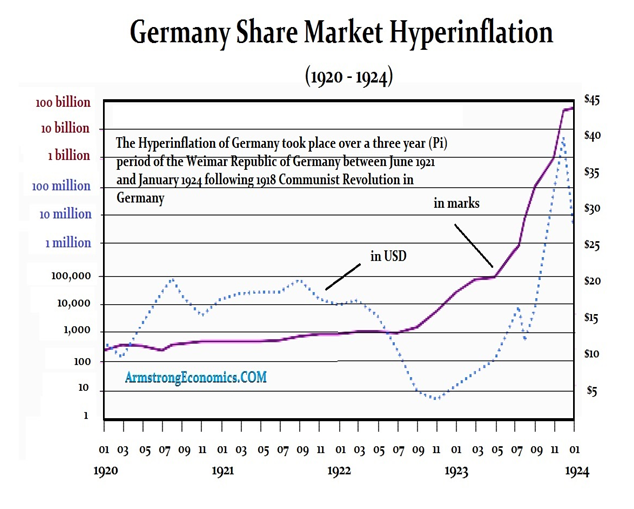 Zimbabwe to the present 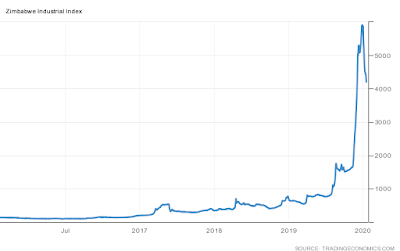 Venezuela to the present 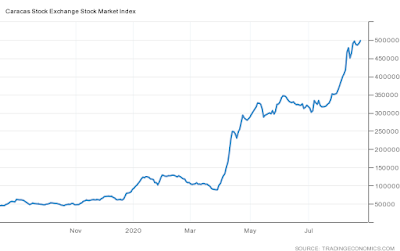 Is this a reasonable result for the US markets or is the Japan model, with no significant inflation and its stock market going nowhere for 20 years, a more likely outcome?

With the Fed chair's new goal this week of of an average of 2% inflation, the answer may be somewhere in between.

If a hyper inflationary period were to occur, stock prices would likely increase.

Along with stock prices, Gold and other assets of recognized value would also rise significantly during this period such Germany's gold rise in 1924. 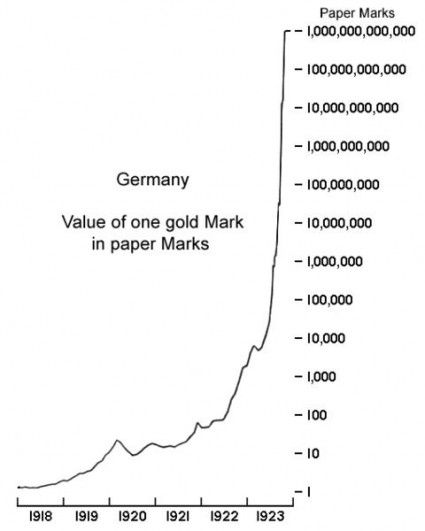 Under these conditions, Gold prices could match or exceed an index value such as the Dow Jones index (DJIA). The DJIA/Gold ratio could easily be 1 to 1.

This is very speculative without confirmation right now but something to consider down the road... 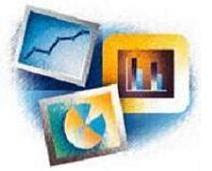